Humility, determination and hard work combined with strong family values are crucial to building a successful business, and Clinton Armour can certainly attest to this. As the CEO of ANEW Hotels & Resorts, Clinton and his team have taken much time, thought, and preparation to develop a fresh take on old-fashioned hospitality values in South Africa’s hospitality market.

Says Clinton, “At ANEW, we live by our HITEC values, which are Honour, Integrity, Teamwork, Excellence and Courage. Armed with these values and unwavering faith, my team and I ensure that these principles are incorporated into how we manage our people and run our business.

Clinton’s background is certainly entrenched in family values. Growing up on a farm in the KZN Midlands, Clinton learnt from a young age about the importance of a strong work ethic and business acumen. His family, who had been in timber and dairy farming since the 1950s, got into hotels by chance when they secured an old roadhouse motel near Harding in the 1980s, which the Armour family managed independently over the next few generations.

Thanks to early exposure to hospitality and the opportunity to gain valuable experience from a young age, Clinton found his niche and took over the reins of the family business after seeing the value in working in the local leisure market.

As such, Ingeli Forest Resort was born seven years ago, a comfortable, mid-level hotel about an hour’s drive from Port Shepstone.

Two years later and together with a business partner, Clinton bought the Protea Hotel in Hluhluwe on auction. The newly-purchased hotel underwent an extensive R25 million refurbishment, and a five-star lodge was added to the existing four-star hotel.

During this time, he decided to form a new brand, with both hotels re-branded under the ANEW Hotels & Resorts banner. Clinton also added the Hotel Hilton in the Midlands to ANEW’s portfolio, increasing his stake in the industry by 100 beds. Currently, the ANEW group employs around 500 people.

Clinton cites humility as one of his biggest attributes to success. ‘As much as we are an ambitious business, we also believe in being humble, determined and hard-working. While we have lofty goals to become the preferred local brand of choice in South Africa, we don’t want to pre-determine the future too much. As long as we’ve got a solid foundation and the right team, we’re happy with doing well with what we’ve currently got.”

Clinton also believes that the devil is in the details. “My meticulous attention to detail can drive me (and others) mad sometimes, but I believe success is driven by the details. As the business grows, we have to be meticulous and make sure to dot the i’s and cross the t’s as it’s easy for things to slip through the cracks. Attention to detail can be one of the hardest challenges in a growing business and is something that really needs a lot of focus.”

And when it comes to making business decisions, Clinton believes that it’s all about choosing the right kind of risks. “Right now, there’s so much risk involved in everything you’re doing and going to do. So it’s about picking the right risks. Making business  decisions can be extremely stressful, but in order to be successful and truly stand out, how can you not afford to take that risk?”

Clinton, who admits that his days are spent mainly tackling an ever-growing and relentless inbox, ensures he makes time for family and relaxation as well. “As a husband and father to a busy two-year girl, I try to get out into the mountains with the family as often as I can. I love adventure, but I don’t get as much time for play these days. But when I do, the bush is where you’ll find me, relishing the sights and sounds of the wild and my devices firmly switched off.”

Enquire About Your Next Event At Our Meeting Venue Enquire About Your Next Event At Our Restaurant Enquire About Your Next Event At The Pool Deck 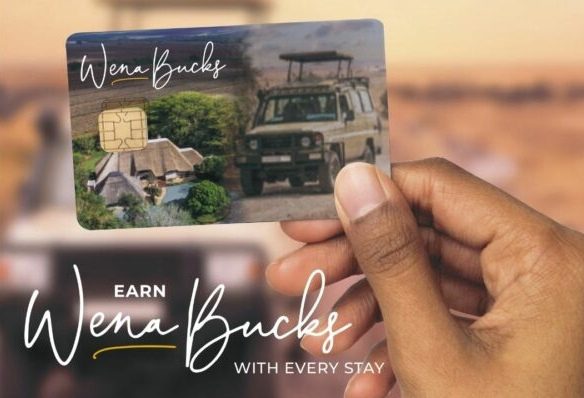